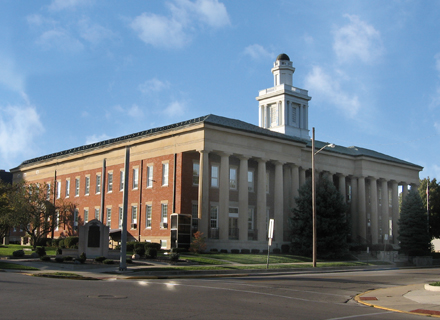 Duties & Responsibilities of the Sandusky County Clerk of Courts:

The office of the Clerk of the Court of Common Pleas traces its origin to the medieval cleric. They maintained the records, were responsible for correspondence and had various powers to issue writs or other processes ordered by the court. The cleric was generally one of the few educated persons in the community.

In creating a state judicial system, the 1802 Ohio Constitution provided for the appointment of a Clerk of Courts for each county. The judges of the common pleas court made the appointments for a seven year term.

Under the 1851 Constitution the office became elective for a three-year term which was extended to four years in 1936.

The official title is Clerk of the Court of Common Pleas, but most often the officeholder is referred to as the Clerk of Courts.

Many prominent Ohioans have served as Clerk of the Court of Common Pleas. For example, William Henry Harrison, ninth President of the United States, was a Clerk of Courts when he was elected President in 1840.